Mr Junias Mpheehe Machaba is the new head of administration and the accounting officer for Blouberg
Local Municipality. He took office with effect from 01 July 2017. Mr Machaba the former Director for
Community Services has been acting in the position since September 2016. He replaces Mr Thoka
Makorwane Patrick Kgoale.

Born and bred in Blouberg, Mr Machaba obtain his Senior Certificate from Mahadikana Secondary
School (Longden Village, Ga-Kibi) in 1988. Due to lack of funds, he worked as a temporary teacher in
1989, before proceeding to the then University of the North, now University of Limpopo where he
completed his Bachelor of Arts in 1992, then HED in 1993. For almost two years he worked at various
schools as a temporary teacher, until he got a permanent post at Masoka Secondary School at his home
village. By that time he also furthered his studies and obtained Honours Degree in Educational
Management. He also a boast a Master’s Degree in Local Government.

Being born and bred at Longden village, Mr Machaba knows Blouberg Local Municipality inside out “I
played a big role within the community, such as being a ward committee representing my village”.

Mr Machaba has 12 years managerial experience having joined Blouberg Local Municipality in 2005 as a
Manager of one of the municipality’s satellite offices in Alldays. He grew through ranks from a middle
manager to the Director of Community Services responsible for waste and environmental management,
traffic services, Sport and recreation and community safety among others.

He singled out the culture of non -payment of municipal services as one of the challenges (that he
experienced during his tenure as Alldays Satellite Manager) that prompted him to enroll for a Master’s
Degree in Local Government, where his research was cantered around the culture of non-payment in
Blouberg.

His office bears the mammoth responsibility in insuring that the council’s mandate is implemented and
also oversee the day to day delivery of services to the public. 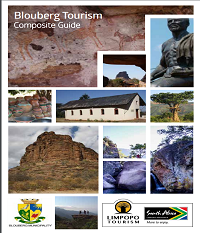 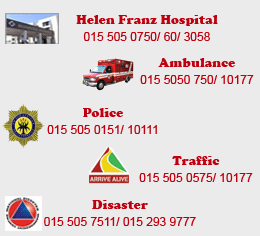 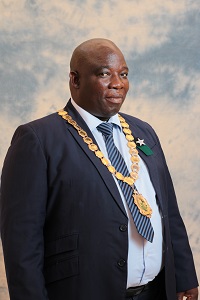 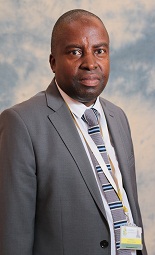